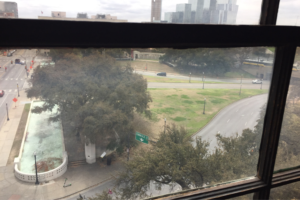 Where does Martha go on vacation?

Well you think it might be this? A zoo maybe... 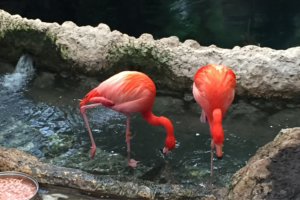 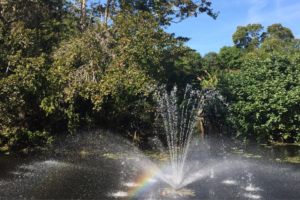 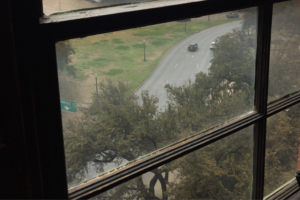 Recognize it.  It is the same view, well one window down, from the very same window Lee Harvey Oswald vantage point in his assassination of United States President JFK.  Martha was looking down into the area called "The Grassy Knoll" right where JFK took his first shot.  The place is the Texas School Book Depository currently known as The Sixth Floor Museum.

This spot is actually caged off from museum guest.  It is set up exactly the same way the Dallas Police force found it when they past Lee Harvey Oswald inside the building and asked him if he heard or saw anything.  How eerie is that? 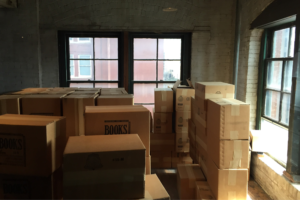 The museum does an incredible job of JFK's history and the last 24 hours leading up to his assassination.  It is very powerful and chilling.  Talk about chilling, here is a picture of lee's ring he left his wife, Marina on his last visit before returning to work at the book store.  They were separated at the time and he came home to visit his two little girls and no doubt to say good-bye.  The museum does touch on all the conspiracy theories; however little doubt it was all Lee. 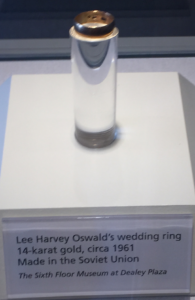 I'm sure if Martha visited at 3:00am (what we call dead time) we have felt Lee's presence.  Too many visitors during the day to pick up a ghost vibe, but all in all  haunting.

Across from "The Knoll" is a memorial fountain.  Although it was a bit of a blustery day, there are hundreds taking their picture in the area as if they were envisioning the president cable of cars going past them as they waved their flags and smiled at the president.

Yes, that is where Martha travels to…the eerie, the hauntings and the places that sends chills through your bones.

Next time the Shang-HI tunnels.