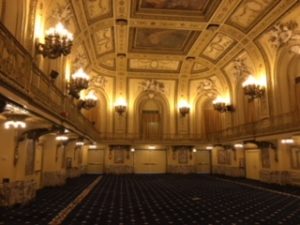 One of my favorite cites to visit is Chicago and I love the history and ghost tours associated with "My Kind of Town". The Congress Hotel has been known to have more guest die than any other local hotel. Don't know if that is a good selling point for the hotel, however for Martha "book it". By the 1930's it was world famous from housing presidents, movie stars, mega business men and of course gangsters. Rumor has it Al Capone owned the Congress Hotel. No, not an owner, but a frequent guest of the hotel, at times renting out an entire floor. Other known gangsters are Tony Genna, of "The Terrible Genna Brothers". He had a suite to the toon of $100.00 per night, which is a lot of cabbage in the mid 1920's. Another frequent gangster guest is Vinnie "The Schemer" Drucci. According to mob legend there was an actual shoot out in the service hallway alongside the Florentine Ballroom. You are wondering in that direction, it is said you can hear the gunshots from that exact hallway. The Florentine Ballroom boast a famous ghost, Theodore Roosevelt. It was in this room, he made his grand announcement that he was leaving the GOP party to lead his own radical party; The Bull Moose Party in 1912. He never held office again, therefore his decision to leave GOP haunted him for eternity. A silhouette of him was taken in 2008 confirming the rumor.

Speaking of ball rooms (see photo), The Gold Room is also haunted. This ballroom is the most impressive ballroom of it's kind, a throwback to the days where ballrooms where the glitz and glory of the city's most luxurious hotels. One of the stories is a homeless man with a peg leg that was reported murdered in the 1920's. He was initially murdered on the 7th floor; however he has seen around the ballroom. Security guards have reported see him on their screens and charge to the area thinking a vagrant may have drifted inside the hotel, only to find an empty hallway that was preoccupied only minutes before. A bride and groom have been seen walking around the balcony and at times guest have heard an orchestra playing. The décor of the room is a haunting beautiful where many a wedding takes place. It can be booked starting at $5,000. The lowest fee must be a one hour cocktail hour for 100 persons.

The most haunting and heartbreaking is the story of Adele Langer. She and her family escaped from Prague when Hitler took over Czechoslovakia. In a state of temporary insanity she checked into the hotel. She was in total fear that she would be sent back to Prague after her Visa expired. Together with her two sons; Karel age six and Jan age four checked into a room on the twelfth floor. It is here in early August 1939 she threw both boys out the window before jumping herself. All three died. It is said the older son Karel is stuck on the twelfth floor and is said to chase guest down the hallway. The security staff still to this day claims this floor as the creepiest. By the way, the hotel does not give out this room, unless you specifically ask for it! Not recommended by hotel staff.

Many strange deaths and suicides; however the most ironic is the death of G.H. Palin who coined the phrase "Safety First" died at the hotel. It has been rumored he slipped in his tub, but we have confirmed it was a heart attack! It just makes for a better story to say he died of an accident.

Is it safe to stay as a guest? Yes, Martha is a frequent guest and has enjoyed many a calm evening in the hotel. Admittedly so sometimes you do feel as if you are at the Stanley Hotel from the shining; especially when you look at the old pictures of the dining room. I find myself looking for Jack Nicholson (see photo). Good walking location to the famed Buckingham Fountain, one of Chicago's most stunning landmarks from 1927. 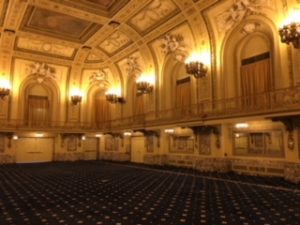 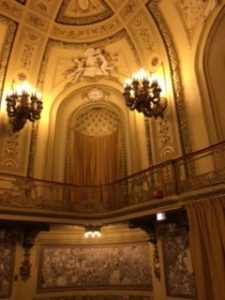 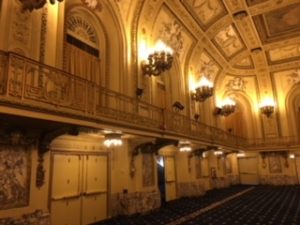 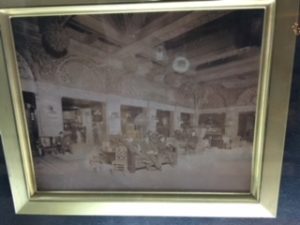 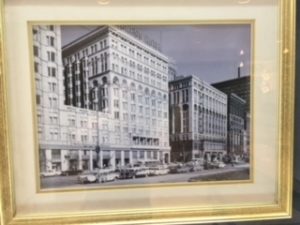